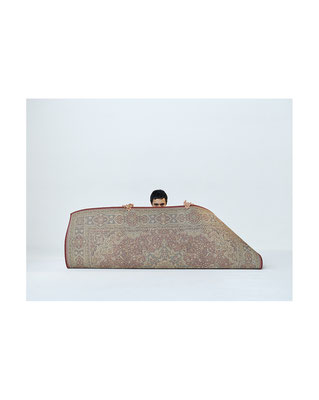 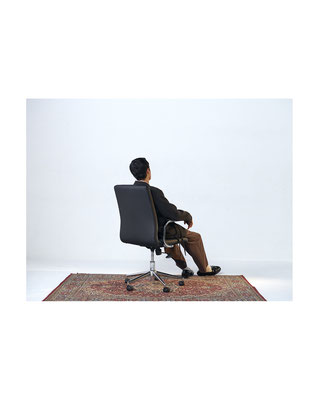 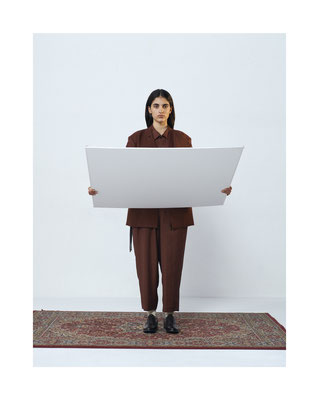 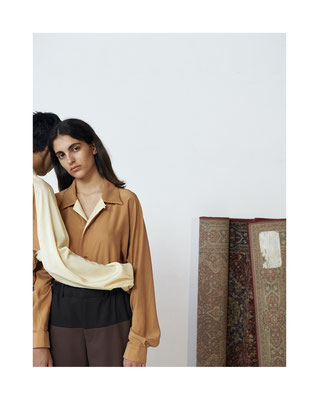 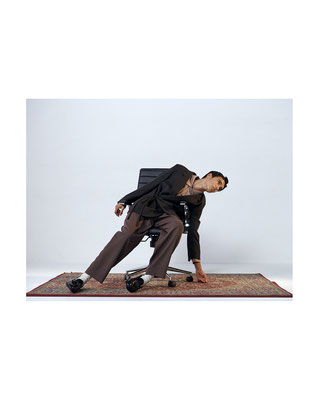 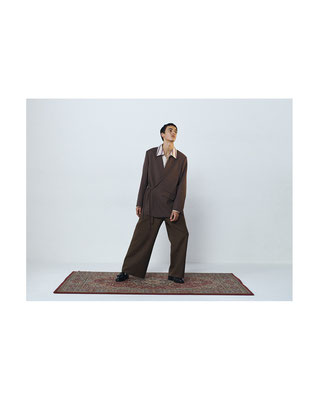 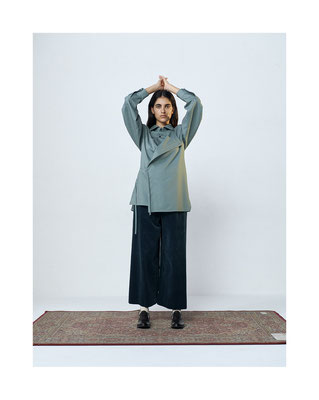 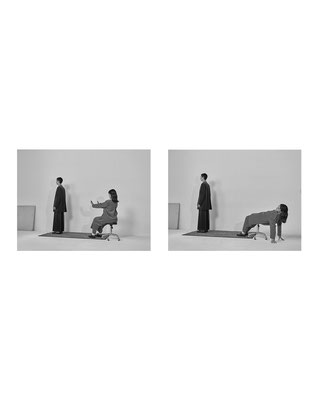 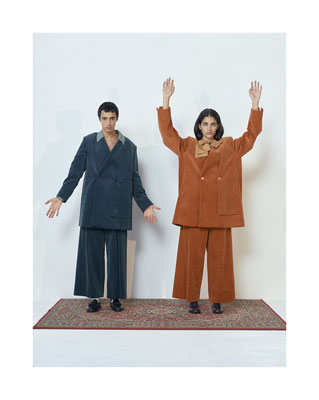 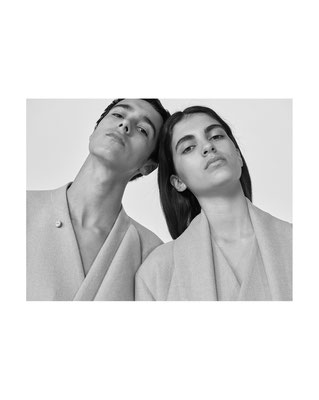 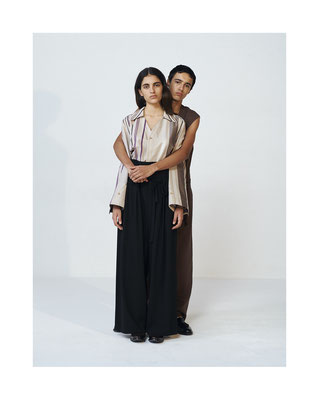 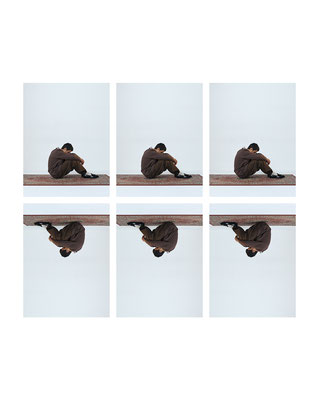 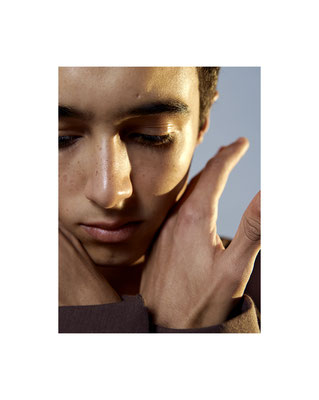 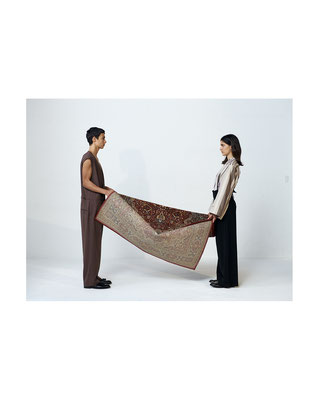 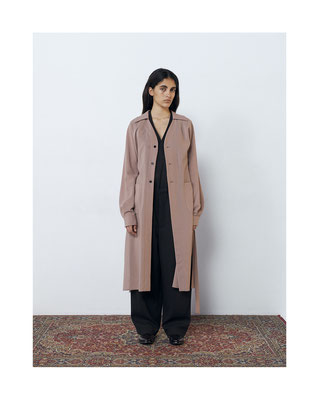 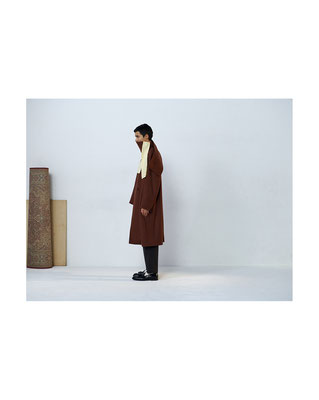 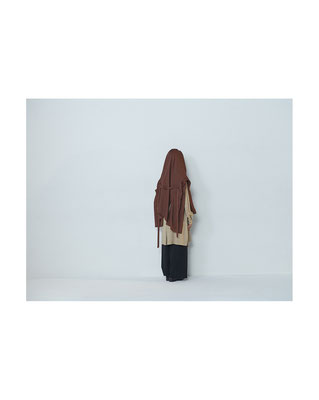 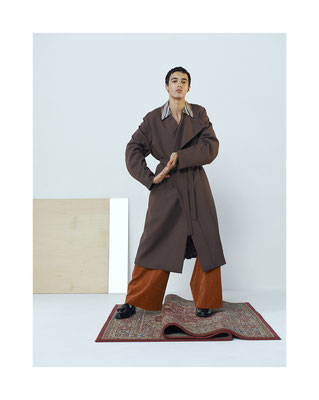 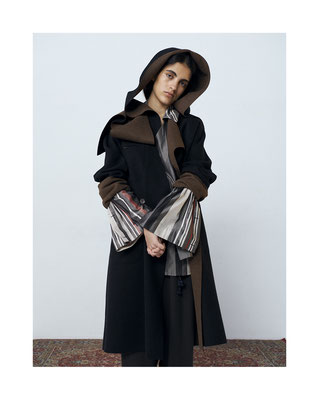 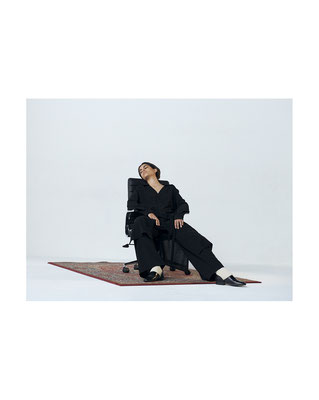 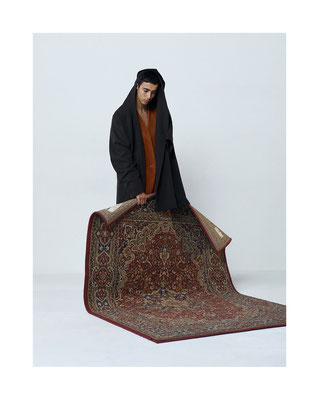 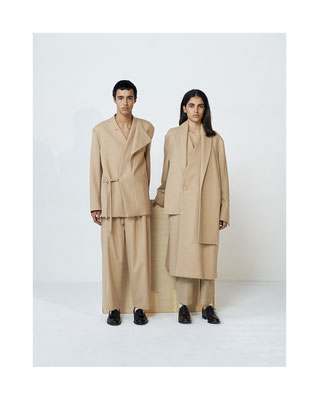 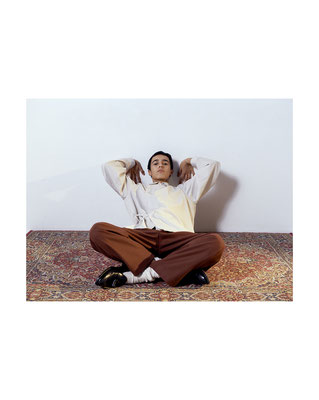 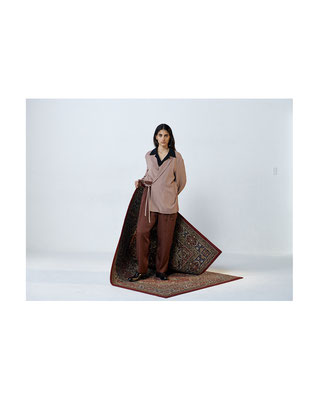 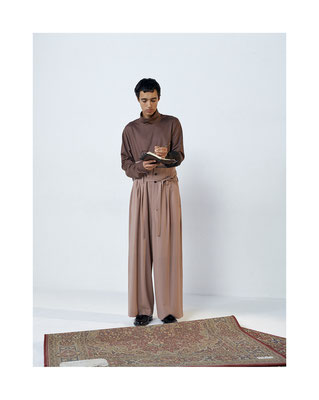 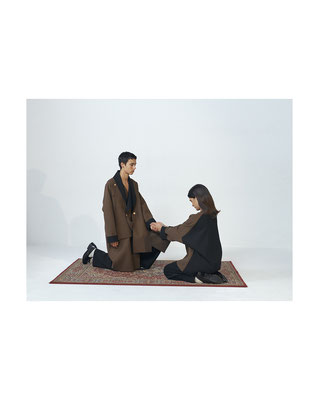 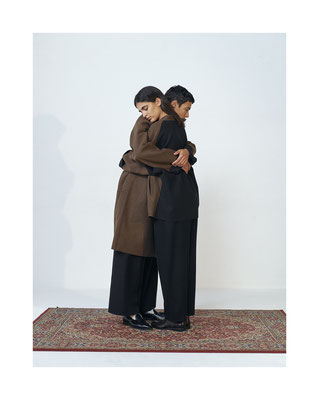 With the evolution of information transmission functions, trends and consumption speeds are rapid, and the world's fashion values are moving in one direction. On the other hand, because there are societies and people who can accept diversity, we are not bound by information and trends.  A collection that pursues their own reality, focusing on the output that is born from a flat state, aiming to further establish the brand's identity and originality.  We have been focusing on materials for several seasons, selecting raw materials and threads to express a unique touch and drape, and cutting to make the most of it.  Also, from the consciousness of a collection made by Japanese people, we extracted from the details of kimono, jacquard (original pattern composed of hidden katakana logo) based on traditional Japanese small pattern, and nature in traditional Japanese colors.  Color palette.  And, as one of the things I focused on this season, I drew a pattern myself, so I reconstructed the garment after considering the structure of the body as well as the form and shape.  In addition, I felt the possibility of being born from being aware of the reality, such as the structure that changes depending on how I wear it, and the function and déjà vu created by mixing the details created from the layers, and I tried to create new expressions from the structure.